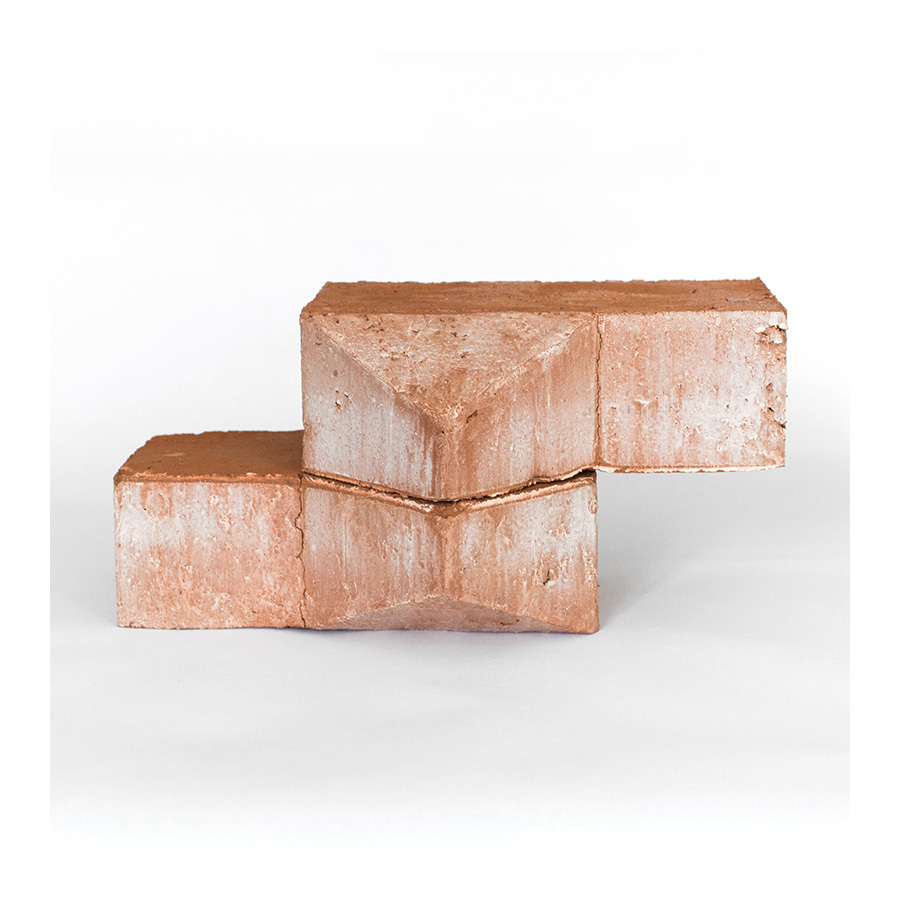 The City of Lübeck requested proposals for buildings over two city blocks of its oldest merchant quarter, a UNESCO World Heritage Site, which had been levelled during the Second World War. A school had occupied the site in the interim. After its relocation, archaeological surveys re-established the plot divisions of the merchant houses, which have now been sold to families and builders. The proposals were awarded joint 1st place, with all three house types receiving UNESCO approval. The faceted brick sample was made in collaboration with Ziegelei Hebrok GmbH.